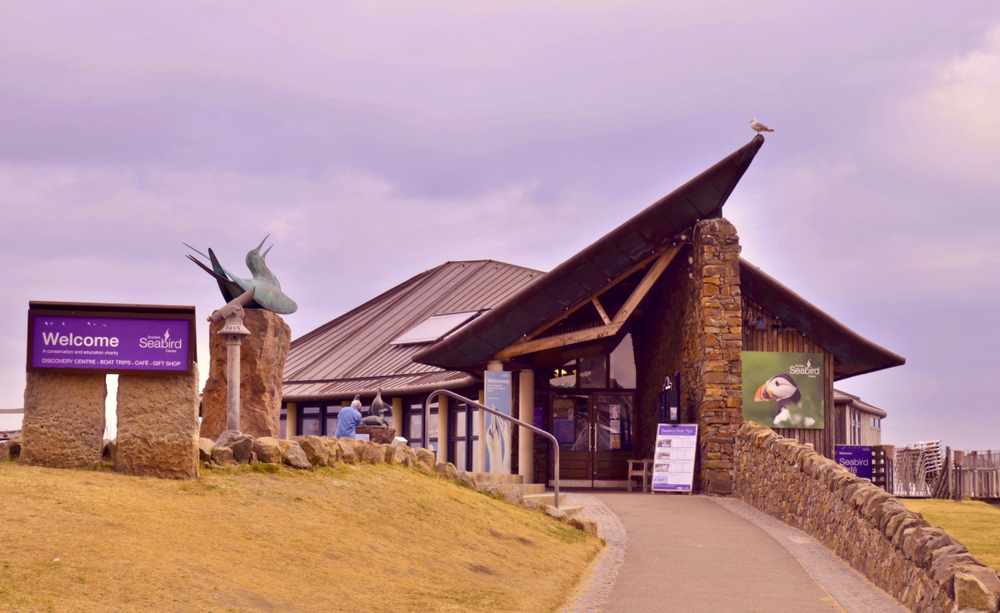 Reading Time: 3 Min
Image: Shutterstock
Chief Executive of the Scottish Seabird Centre, Susan Davies states how Heritage Emergency Fund has assisted them and their charity at the time of the COVID-19 crisis. The center is surrounded by astonishing Northern gannets. It is located in the heart of North Berwick and known for tourist attractions. Its operations were completely halted from the past few months due to the COVID-19 pandemic.

According to the CEO, a funding boost has supported their charity center. One of the renowned lottery associations, National Lottery Heritage Emergency Fund has donated 50,000 pounds in order to prevent the center from permanent closure. It was expected to raise 200,000 pounds but about half of the amount was already contributed to the donations so far.

Seabird Gets Significant Boost For Fundraising

The members of the center are pleased to receive a huge boost to their fundraising practices with awards of 50,000 pounds from the lottery association.

The lottery association has quickly addressed the requirements of their sector during difficult situations. Its assessment and application methods were quite quick and straightforward. Through this grant, the charity can now again educate and inspire the people about the significance of their country’s marine environment and the measures needed to protect it for the future.

Caroline Clark is the director at the National Lottery Heritage Fund in Scotland. According to him, the country’s overall marine environment along with creatures which rely upon it are a vital part of their natural heritage. The Seabird center not only works to conserve and safeguard their national resources, but also assists the local societies through training, tourism, and education.

The lottery association is thankful to each player who has contributed their money to the lottery. With the help of national lottery players, they are able to support the Seabird Centre, particularly in such hard times. Now, the center can again begin to safeguard natural resources by protecting the marine environment.

The Center Seeks for Additional Assistance

Apart from the support received in the form of funding, the CEO of the charity also stated that it also requires public and community support during this crisis. The charity is expected to suffer from a major loss of around 250,000 pounds at the end of the year. She also concluded that, even if they begin their work from July, the response will be still low due to certain restrictions which are imposed as a result of COVid-19.

The tourism season will soon end after a few weeks and they now look forward at making up for the loss that they had from the past few months. The instant cliff-edge of closure during the end of May has already been averted. If there would be no support, they could suffer a financial impact until next year.

The charity has now collected over 100,000 pounds. However, they still require support to run this critical season of tourism in the country as well as for their charity which depends on their income to survive.